Francesco was the son of Leonello d'Este, ruler of Ferrara, but he received his education in the Netherlands at the court of Philip the Good, duke of Burgundy. The hammer and ring may be jousting prizes or symbols of power, and the unusual white background could refer to the Este family's livery colors (white, red, and green).
Rogier van der Weyden was one of the most influential painters of the fifteenth century. The elegant, stylized lines of the sitter's face and hands are among the qualities that established Rogier's supremacy as a court portraitist in the Netherlands. 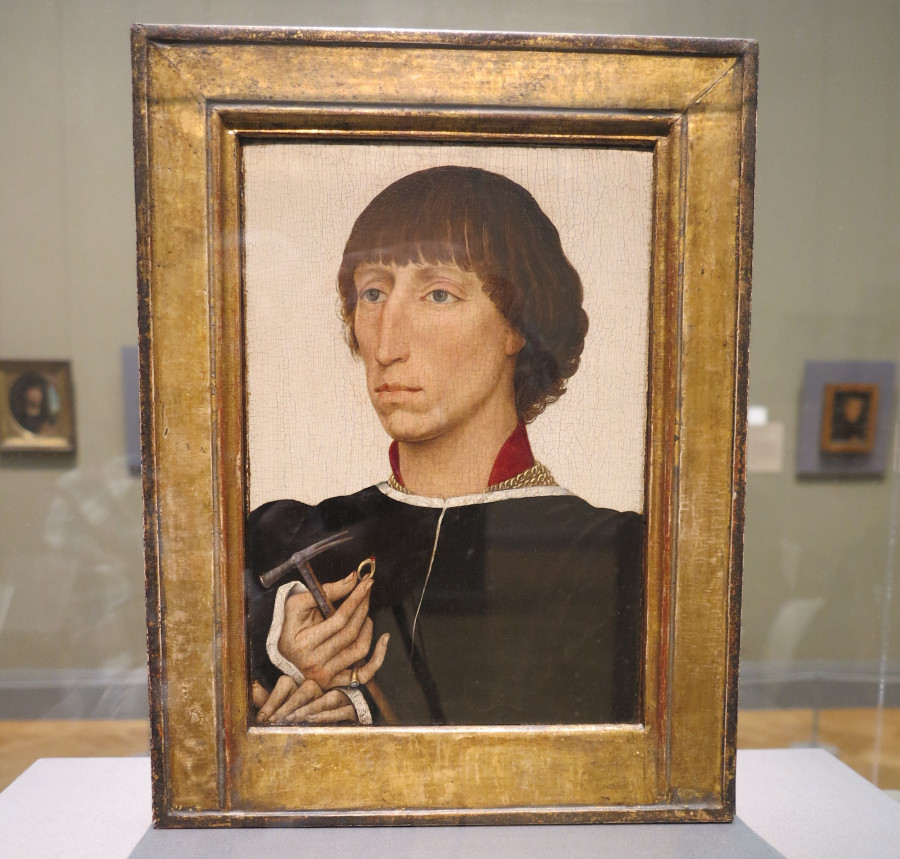