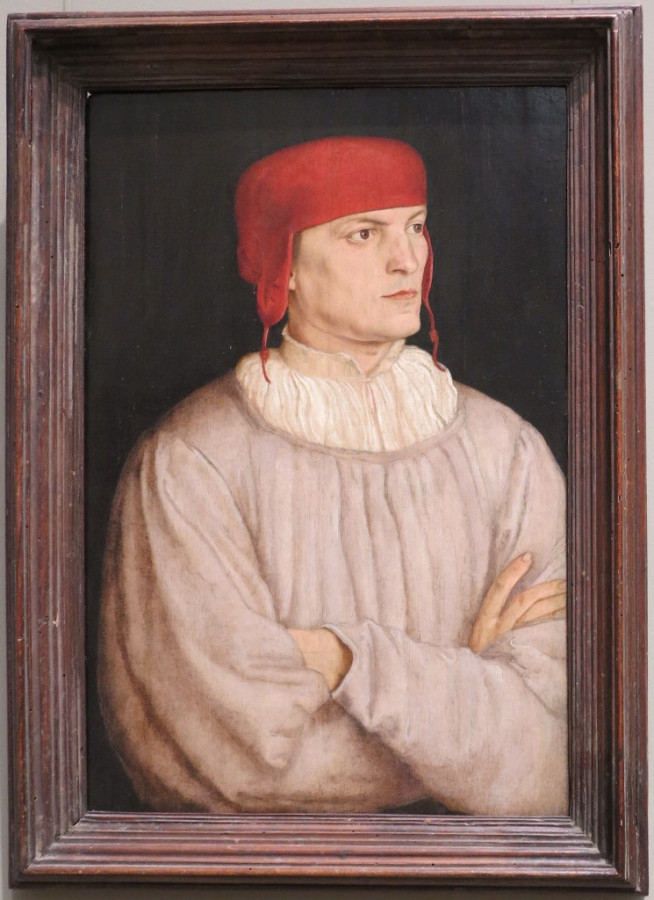 "Barthel Beham and his older brother Sebald were renowned as printmakers as well as painters. They were active in Lutheran Nuremberg until 1525, when they were banished for opposing the Reformation. Barthel subsequently moved to Catholic Munich to serve as court painter to the Bavarian dukes William IV and Ludwig X. The sitter of this arresting portrait, Leonhard von Eck, was Chancellor to William IV and a powerful opponent of the Reformation. An engraving after this portrait is inscribed with Leonhard von Eck's name, his age (forty-seven), and the artist’s initials, with the date 1527."